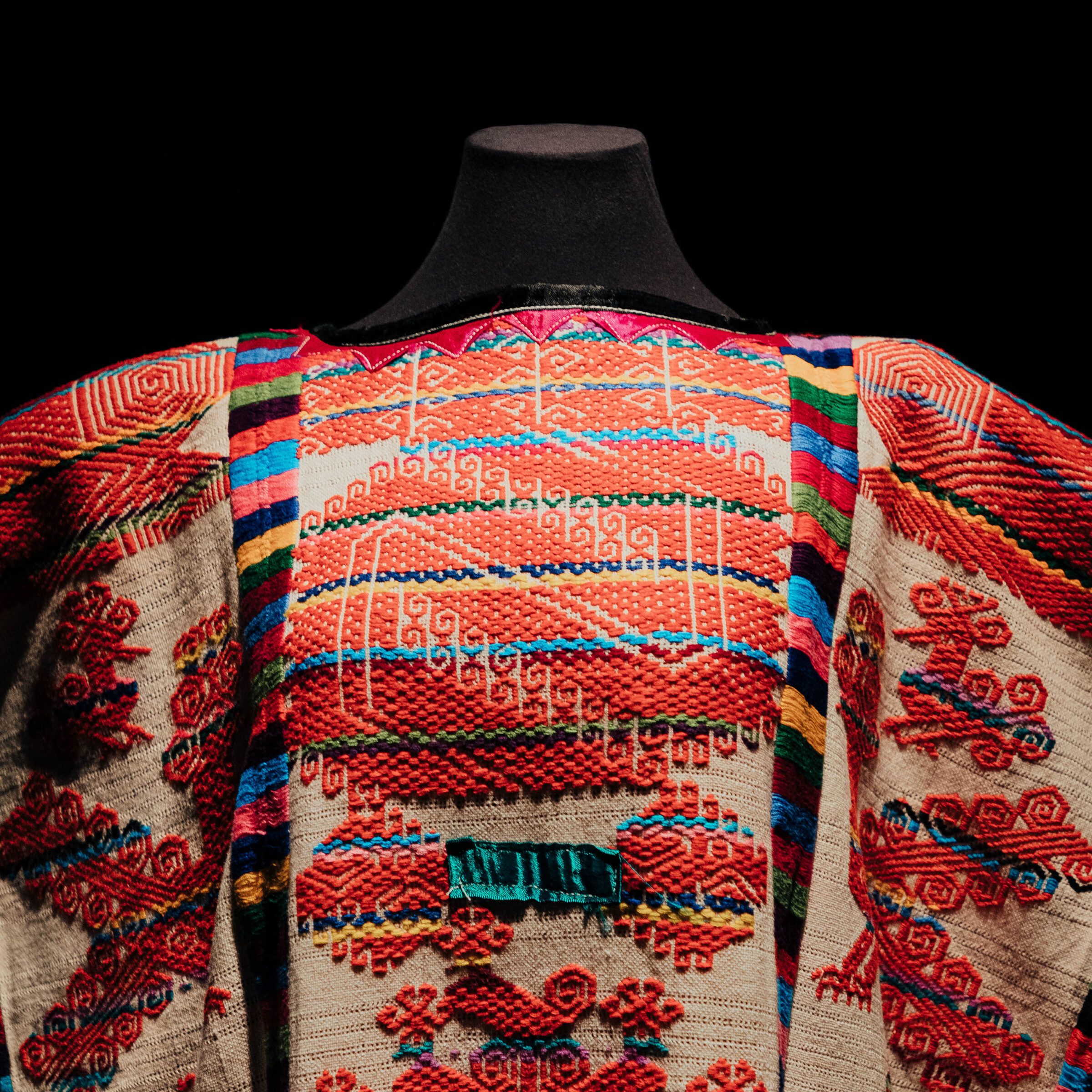 Marguerite Himmel Esslinger Rostan, (1907 Fra-2006 Mex) studied Haute-Couture Design in France and came to Mexico in 1929. Hired by a department store that she later classified, as a “first category store” was where she became an outstanding designer. Alongside her career in the fashion industry, she dedicated her holidays to traveling all over the country, searching, studying, and acquiring textiles and costumes, marveled by the beauty and bright colors of the Mexican traditional attires.

Her relationship with Popular Art inspired her to create and direct the Department of Handicrafts of the Palacio de Hierro department store for over 30 years. During this period, she participated in numerous exhibitions and runways that included pieces of her own collection sharing with a wide audience her appreciation for these particular popular creations.

In 2007, respecting her last wishes, The Franz Mayer Museum received her collection as a donation: 60 textiles and 39 women and men traditional attires which represent 14 different ethnicities such as Amusgos, Triquis, Chinantecos, Mazatecos, Nahuas from various entities, Zapotecos, Mixtecos, Huaves, Otomís, Mazahuas, Purépechas, Tzotzil, Tzetzal and the Mayan Peninsula. This collection represents and embodies an important contribution to the knowledge of Mexican traditional costumes.